All comments should follow the RIGs, and will not be approved if they contravene this. For more information, go to https://www.bcteal.org/wp-content/uploads/2019/07/BCTEAL-RIGs-CC-watermarked-big.pdf

The views expressed in this blog are those of the authors and do not necessarily reflect the policies of BC TEAL.

On May 5, the members of the #LINCchat team gathered at @UBCVantage  on the beautiful @UBC Point Grey ‏campus, located on the traditional , ancestral and unceded territory of the Musqueam people. Jennifer Chow (@jennifermchow), Augusta Avram (@LINCInstructor), and Bonnie Nicholas (@EALStories) were there in person, while Svetlana Lupasco (@StanzaSL) skyped in from Toronto – you can see her on the laptop screen! 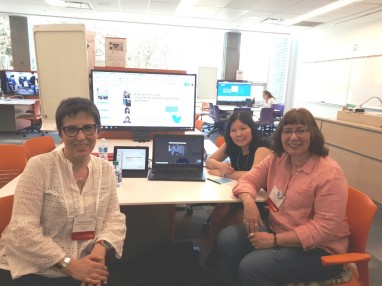 This chat on a special day and time was held as part of the #edtechjam at the @bcteal #BCTEAL18 conference. Thanks to everyone who stopped by to chat in person, participated in the online chat, lurked, replied, retweeted, liked, and followed up on the conversation. We had participants from several provinces in Canada, as well as the U.S. and even overseas, proving the power of Twitter to connect.

This was the final chat using the now-retired #LINCchat hashtag; we are now using #CdnELTchat.  This change was made because we wanted to make sure that people understand that we discuss topics that are relevant and interesting to everyone working in #CdnELT, not just people working in LINC.

As #LINCchat co-founder Nathan Hall (@nathanghall) said, “When @StanzaSL and I started #LINCchat back in September 2015, we had no idea what would happen with it. We just wanted to help connect and support LINC instructors from across Canada. Times change and I believe now is a good time to make the change to #cdnELTchat.” 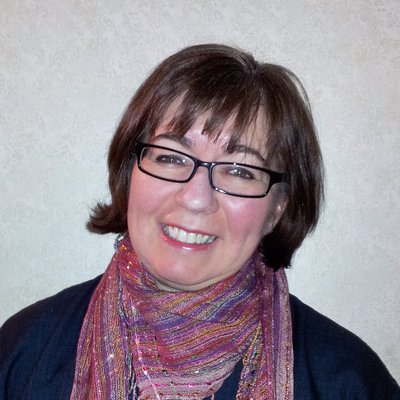 Bonnie Nicholas (@EALstories) is an enthusiastic participant in the bi-monthly #LINCchat as well as a member of the #LINCchat team along with Svetlana Lupasco (@StanzaSL), Jennifer Chow (@jennifermchow), Augusta Avram (@LINCInstructor), and Nathan Hall (@nathanghall). Bonnie teaches LINC at NorQuest College in Edmonton.